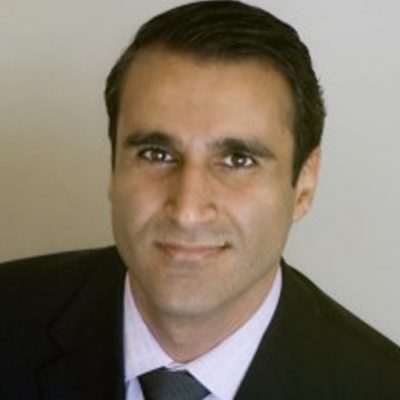 Pejman Katiraei (Dr. K) was born in Iran, and he and his parents had to flee their home to avoid persecution. His parents instilled in him a strong sense of morals, ethics and values. Dr. K was the curious child who always wanted to know how everything works. It was this curiosity that encouraged Dr. K to explore and later specialize in holistic and integrative medicine.

After UCLA, he went onto obtaining his osteopathic medical degree from Western University of Health Sciences. He then started his pediatric residency at Loma Linda University. Early in education and training, Dr. K questioned why some diseases “just happen” without any conventional explanation? Why would some patients due of horrible infections and others never have any problems? These questions ultimately led Dr. K to complete a fellowship under Dr. Andrew Weil at the University of Arizona and then to start the Loma Linda University Wholistic Medicine Clinic, of which he was the Medical Director until 2014.

The challenging cases Dr. K saw in this clinic inspired him to expand his training through the Institute of Functional Medicine. He would regularly lecture to large groups of medical students, physicians and other healthcare professionals on various holistic topics such as Irritable Bowel Syndrome, ADHD, Mental Health, Detoxification, and general holistic medicine. Dr. K has also published a scientific paper on irritable bowel syndrome and has helped numerous patients with severe gastrointestinal problems.

Dr. K was blessed with his own health challenges that later became his greatest teachers. It is one thing to study a topic; it is another thing to experience it. Dr. K suffered from anxiety, depression and ADHD. In addition to food reactions, Dr. K discovered in himself a significant genetic mutation (MTHFR) that could have had disastrous future consequences for him including heart attack, stroke and even cancer. By learning his own biochemistry, Dr. K has learned how to eat and care for his body based on its needs to be in great health and vitality.

Despite his clinical proficiency and education, Dr. K believes he can do more to help his patients. In May of 2012, he started a second fellowship in endobiogeny, which is a sophisticated study of how hormones and our nervous system interact with one another to control health and disease. This endless desire for professional growth and learning is a testament to Dr. K’s desire to help the sick regain their health and his commitment to keeping children healthy by identifying and treating subtle imbalances as early as possible before they ever turn into a disease. Dr. K hopes he can serve the children in Wholistic Kids and Families with the same mindset as the Chinese practitioners thousands of years ago.